As time passed and volumes decreased, many counties disbanded their formal programs. Despite that, the Courts are still involved in facilitating loss mitigation in residential foreclosures. This article will give an overview of where things stand in many of Ohio’s counties.

In early 2019, Cuyahoga County disbanded its formal mediation department. However, the Court is still involved in facilitating loss mitigation. Rather than a formal mediation program, the Common Pleas Court Magistrates are often involved in the process. Some of the Magistrates are more “hands on” than others. Some follow a formal process, like the former mediation program. They set deadlines for the homeowner to submit an application packet, as well as for Creditor’s counsel to provide updates as to the review and to file status reports. One of the Magistrates also schedules telephone conferences with the parties to review the status of any active loss mitigation requests. In contrast, other Magistrates will simply allow the parties to pursue loss mitigation and require the Creditor to file a Notice of intent to proceed with the case or dismiss after a borrower requests loss mitigation.

Among the other large counties in Northern Ohio, Summit, Stark and Lucas counties are all still conducting formal mediations. Stark County had suspended mediations for a while during the pandemic, but has resumed them, handling them by phone or Zoom. Summit County is also conducting matters remotely and requires homeowners to attend a class for parties facing foreclosure before a mediation is settled. Lucas County is also conducting its mediations remotely due to the pandemic.

Franklin is the state’s second largest county and like Cuyahoga, it has ended its formal mediation program. However, also like Cuyahoga, the Court’s Magistrates are active in facilitating loss mitigation.

Other counties with formal mediation

Greene, Pike and Morrow counties continue to have formal loss mitigation mediations. As with other counties, most of the meetings are conducted remotely due to COVID-19.

Effective November 2020, the US Bankruptcy Court for the Southern District of Ohio has adopted a Mortgage Modification Mediation program. The program is very similar to programs that other Bankruptcy Courts have adopted throughout the country. The program is an “opt in” program that utilizes the DMM portal and specially trained attorney facilitators. Our firm has successfully handled similar mediations in Indiana and are prepared to assist with mediations under this new program in Southern Ohio. If you have any questions about mediation programs in Ohio courts, our team is ready and able to assist with your needs. 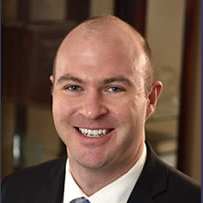