Kentucky is far from immune to foreclosure issues.  The economic problems suffered by the country as a whole are amplified for many in Kentucky.  Kentucky has a relatively small population of approximately 4.3 million.  Nearly one-fourth of Kentuckians live in or around its largest city, Louisville.  Much of Kentucky is rural, and some of it is extremely poor.  According to the 2010 Census, 29 counties of the 100 counties in the U.S. with the lowest median household income are in Kentucky.  The state with the second largest number, Mississippi, has 13.  Most of these poor counties are in Eastern Kentucky.   It is always necessary for the foreclosing plaintiff to understand that courts are well aware that many homeowners face challenges and will sometimes search for ways to protect the homeowner.  Foreclosing plaintiffs must be on their mettle.  Needed documents should be available and loss mitigation efforts should be undertaken.

The following are some important recent decisions affecting mortgage foreclosures in Kentucky.

The Kentucky Supreme Court in two recent cases killed equitable subrogation:
In Wells Fargo Bank, Minnesota, N.A. v. Com., Finance and Admin., Dept. of Revenue, 345 S.W.3d 800 (Ky. 2011), the lender’s title examination performed to support the loan missed tax liens.  The court denied equitable subrogation by stating that negligence on the part of the lender’s title examiner is not a good reason to invoke the doctrine. The court stated:
“Accordingly, we hold today that a professional lender who has actual or constructive knowledge of an earlier recorded general tax lien may not benefit from an equitable reordering of the liens.”

The death blow was delivered by the court in Mortgage Electronic Registration Systems, Inc. v. Roberts, 366 S.W.3d 405 (Ky. 2012).  MERS sought to take priority over a mortgage missed in the title examination relied on to close the loan and argued that a 1928 case, Louisville Joint Stock Land Bank v. Bank of Pembroke, 9 S.W.2d 113 (Ky. 1928) required equitable subrogation to be used.  However the court rejected the argument by stating:
“We now make explicit what was implied in Wells Fargo: the application of equitable subrogation in Louisville Joint Stock Land Bank is not the law in Kentucky, and to the extent the case conflicts with Wells Fargo and with this opinion, it is overruled.”

Standing
It is my observation that standing is the most common defense raised in foreclosure litigation.  At its core, standing requires the Plaintiff to prove that it is the party entitled to bring the action. The interest of a party must be a present or substantial interest as distinguished from a mere expectancy.  Plaza B.V. v. Stephens, 913 S.W.2d 319 (Ky. 1996).  Many states require the plaintiff to show that it is entitled to enforce the note and is the assignee of the mortgage at the time the complaint is filed.

The Kentucky Court of Appeals recently adopted a note-centered view.  After two unpublished decisions requiring the plaintiff to show evidence that it is entitled to enforce the note and that it is the mortgage assignee,  the court changed direction in a published decision, Stevenson v. Bank of America, 359 S.W.3d 466 (Ky. App. 2011), and held that the timing of the mortgage assignment is not relevant.  Rather, it is the right to enforce the note which governs.  The court stated:

“Contrary to Stevenson’s contention, the assignment of mortgage was not the document which transferred enforcement rights on the note to BAC, and the date of its execution is immaterial to the case at bar. Pursuant to KRS 355.3–201(2), “negotiation” means “a transfer of possession, whether voluntary or involuntary, of an instrument by a person other than the issuer to a person who thereby becomes its holder…. If an instrument is payable by bearer, it may be negotiated by transfer of possession alone.”

Stevenson fails to comprehend that when the note was endorsed in blank it became a bearer instrument and no assignment was necessarily required to transfer the right to collect and enforce the note. Mere possession of the original note was sufficient. Because BAC was lawfully in possession of the original note, clearly it was entitled to enforce the obligations secured thereby and was the real party in interest in the litigation below. Any argument to the contrary is wholly without merit. The trial court did not err.”

As indicated by Stevenson, the ability to produce the original note is the best evidence of standing.
Unlike most other states Kentucky requires standing to be raised as an affirmative defense, else it is waived.   Harrison v. Leach, 323 S.W.3d 702 (Ky. 2010).

The focus of this section is on recent case law concerning summary judgment affidavits.
Kentucky employs a strict summary judgment standard originally set forth in the case of Steelvest v. Scansteel, 807 S.W.2d 476 (Ky. 1991), wherein it was held that “The Movant should not succeed in a motion for summary judgment unless the right to judgment is shown with such clarity that there is no room left for controversy, and it appears impossible for the nonmoving party to produce evidence at trial warranting judgment in its favor.”

The court rule permitting affidavits to be used, CR 56.05, specifically requires that the affidavit set forth admissible evidence, which means attaching and referring to those records which the affiant testifies he or she is relying upon to testify.  (Picture the necessity of convincing a judge that the borrower is delinquent in paying a note.  Imagine how difficult that would be without producing the note.  To have the judge consider the note, it must be admissible as evidence.  If the summary judgment movant is relying upon an affidavit, the affiant must attach the note as an exhibit and refer to it.)

In Bruner v. Discover Bank, 360 S.W.3d 774 (Ky. App. 2012), the plaintiff described itself as Discover Bank in its complaint; however, all subsequent pleadings referred to plaintiff as Discover Bank c/o DFS Financial Services, LLC, and the affidavit in support of its motion for summary was executed by an employee of DFS.  The court recognized that a servicer may file suit and act on behalf of the principal; however, it required the servicer to show proof that it had authority to do so through admissible evidence – a servicing agreement which has been properly authenticated by an affidavit.  Discover argued forcefully in its pleadings that DFS could act for it, but as the court stated, “Pleadings are not evidence”.  Consequently, if a servicer is executing an affidavit on behalf of a plaintiff, the document granting the authority to do so should be referred to in the affidavit and attached as an exhibit.  This would include a power of attorney or the relevant portions of a pooling and servicing agreement.

All documents relied on to make the affidavit should be attached and referred to as exhibits.  In First Federal Savings Bank v. McCubbins, 217 S.W.3d 201 (Ky. 2006), the bank through clerical error stamped a note as paid and sent it to the borrower.  In a later suit to collect the balance, the bank used an affidavit from a bank officer to oppose the borrower’s motion for summary judgment.  However, the affidavit did not explain how the affiant had knowledge of the bank’s records relating to the account, nor did it attach a complete payment history.  The court determined that the bank’s affidavit was insufficient.  When preparing a summary judgment affidavit, less is not more.

In Cadleway Properties, Inc. v. Bayview Loan Servicing, LLC, 338 S.W.3d 280 (Ky. App. 2010), a case involving an attempt to reform a defective loan modification agreement to establish priority between competing lien holders, the movant submitted an affidavit from a closing agent which related statements from another person.  These statements amounted to inadmissible hearsay.  Because the affidavit relied upon inadmissible evidence, it was insufficient to support a motion for summary.
Summary judgment affidavits must set forth admissible evidence to prove each necessary point.  A statement within a pleading or a document simply attached to the pleading but not referred to as an affidavit exhibit is not enough.

–an opportunity for Discovery
Although a summary judgment motion may be filed at any time, courts are not permitted to grant them prematurely.  The party opposing summary must be given reasonable time and opportunity to conduct discovery.  Blankenship v. Collier, 302 S.W.3d 665 (Ky. 2010).  Consequently, it is usually not appropriate to file the motion for summary judgment until the borrower’s timely served discovery is replied to.

Conclusion
Obtaining summary judgment in Kentucky can be difficult.  Courts tend to hold foreclosing plaintiffs to a higher standard.  Readily available records, the ability to produce the original note, and documentation of loss mitigation efforts will go a long way to a successful and speedy conclusion to litigation in Kentucky. 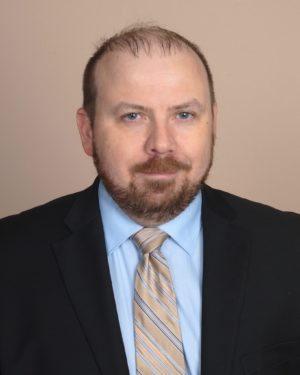